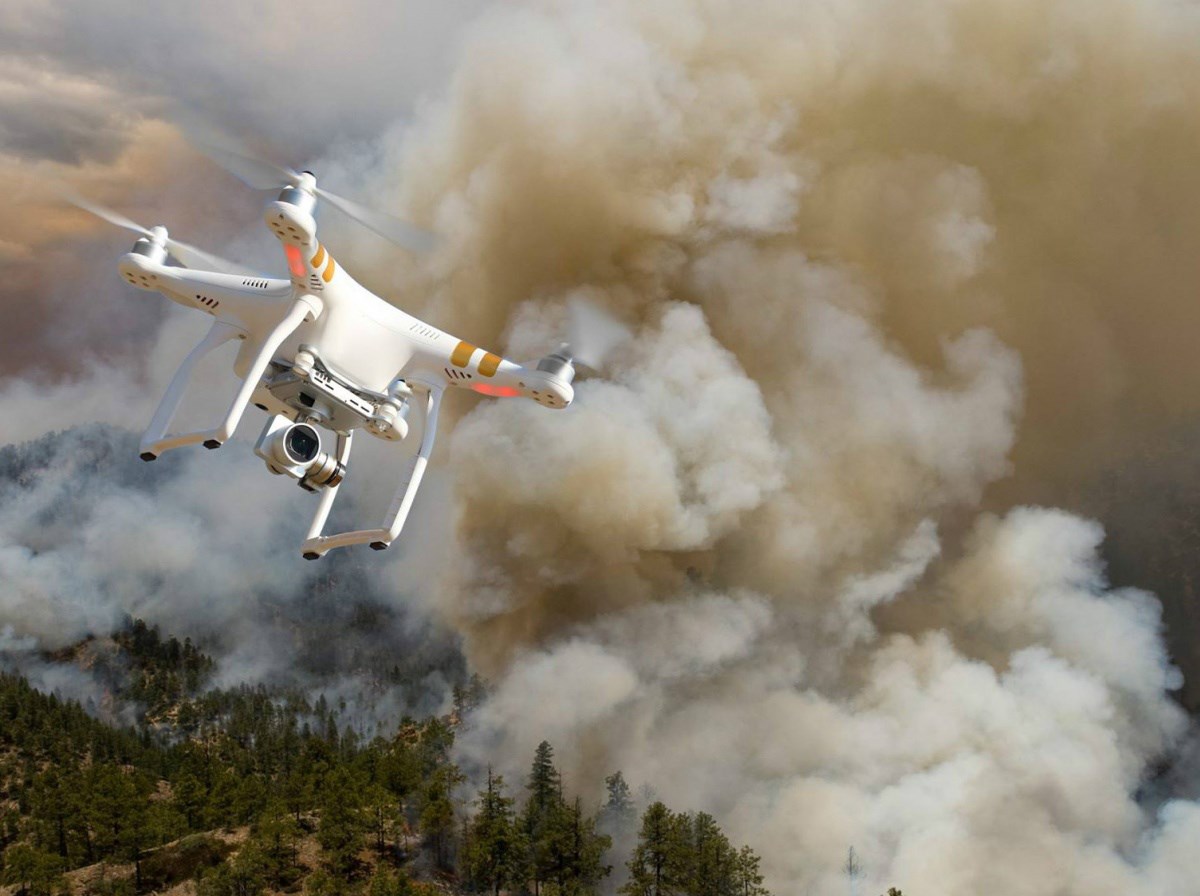 The first month of 2020 has seen South East Australia hit with one of the worst bushfire seasons on record. Fires have devastated areas of South Australia, Victoria, the ACT, and New South Wales. Drones have helped with the recovery effort, with companies, emergency services and government organisations such as AUAV, Little Ripper, Team Rubicon, the Rural Fire Service & Air Assess responding and doing their bit to help the recovery effort. Despite this, drones flown in the disaster areas can actually have a counterproductive influence on the recovery efforts, for a number of reasons. Here are some reasons to be careful when operating drones this fire season, and some recommendations to avoid making the situation worse.

Emergency response situations arise because something has occurred that directly affects the safety of the public. It may seem trite, but safety is undoubtedly compromised in these situations. Amazing footage has been taken of raging fires, and it may seem harmless to chuck the drone up and take some unique footage, but this can not only endangers the pilot, but it can also endangers others; emergency services professionals, residents or others caught in the emergency, who should be focused, first and foremost on safety, not a drone. As well as this, as CASA puts it in this video – if you fly, they cant’.

And the penalties are severe – up to a $10,500 fine, with the potential for prosecution if there are people endangered directly. There is a reason for these penalties - you actually inhibit the response on the air, whether it be helicopters, waterbombing aircraft, and other aerial assistance. In an unrelated but practically applicable example: This week’s Superbowl was sanctioned, by the FAA, as a ‘No Drone Zone’. A man was arrested for flying a drone in the area, and could face up to a year of jail time for violating protected airspace. Similar repercussions should, and would be in place for flying in an emergency situation.

Another thing to consider when flying in such an environment is in managing equipment, and the potential for compromising the aircraft. This has two flow on effects – one personal, the other potentially fatal for others. The personal – you could lose your drone if it fails under extreme temperatures. DJI’s battery manual recommends the following –

With temperatures soaring above 40 degrees outside, and as hot as 50 degrees, batteries can become compromised pretty quickly, and can heat up to the point of failure, fire or even explosion. This leads to the second flow on effect – the potential to start new fires.

Last week, an MRH-90 Taipan Army helicopter actually sparked a substantial bushfire in the ACT, as a result of a landing light – the ‘most serious’ bushfire threat to Canberra since 2003. Whilst this may not seem applicable to smaller drones, it does highlight the fragile nature of emergency circumstances.

The message: flying in this environment compromises not only the disaster relief effort, it also has the potential to create new disasters.

Flying with Exemptions – doing it properly

The first step in the process of assisting and helping with the recovery effort is to ensure that the correct approvals are in place. The utmost priority for regulators and emergency services personnel is the task at hand – ensuring the safety of everyone involved. For such approvals to be in place, there needs to be a clear benefit associated with flying drones. This has been demonstrated by the various companies enlisted to help the effort.

Secondly, there needs to be a substantial amount of skill and operational procedure put in place to manage and adjust to the situation. As mentioned above, the temperatures are high, there are several crews on the ground and in the air, and conditions can change rapidly. It is paramount that the systems in place for managing the risk of such an operation are that much more robust and flexible, so that the people on the ground can make good decisions.

Lastly, and perhaps most importantly, common sense needs to prevail. If there is danger, for the pilot, the crew, or anyone in the area, the safest option would be to not fly at all. Simple as that.

As Rob Sutton from Mirragin Unmanned Systems has so clearly pointed out, drones can potentially have a significant positive impact on emergency recovery efforts. It is very important that operating in or around emergency efforts are a help, and not a hindrance to these efforts. The message for operators – ensure that you think clearly, and take all precautions necessary before flying around such public emergencies. Your drone, your life, and the lives of others should always take priority, and drones should be used in a way that adds to the continued emergency response effort, as some of Australia’s best drone operators have demonstrated so well.